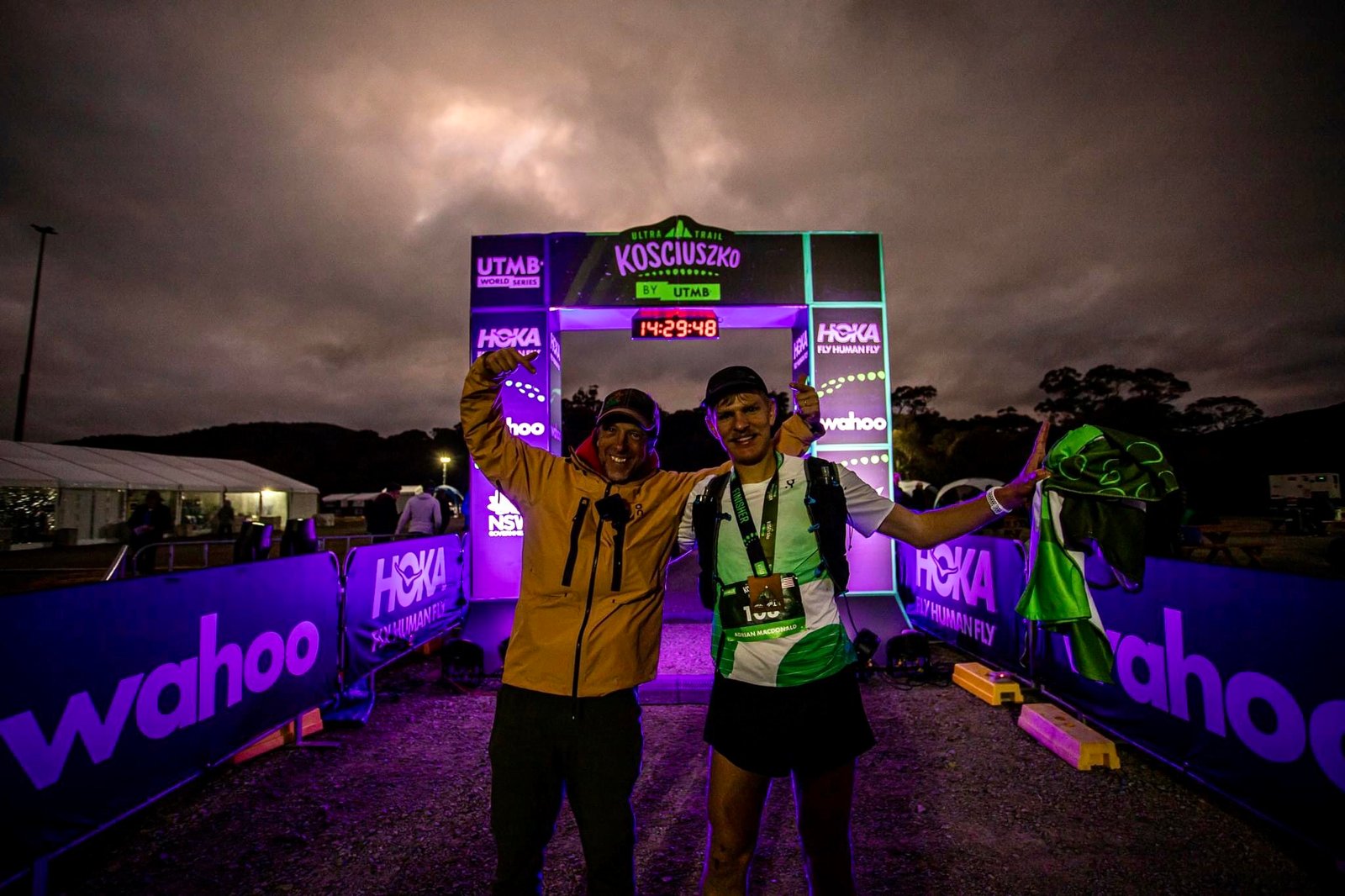 An interview with Adrian Macdonald, FCRC member,  FCRC Board of Directors member-at-large, and two-time winner of the Leadville 100.

Tell us about yourself, and when and why you started running.

I grew up in Westwood, Massachusetts and I started running in the winter of my sophomore year of high school. I was mainly focused on soccer at the time, and my school’s soccer coach was also the indoor track coach. He expected all soccer players who weren’t doing another winter sport to join the track team. I had played on the freshman basketball team the previous year, but had only managed one basket the whole season, so the switch to track seemed obvious!

You recently ran a big race in Australia?

This past December I traveled to Australia to race the Ultra-Trail Kosciuszko 100 Mile race. This race was created last year as part of the UTMB World Series and took place in the Snowy Mountains of Australia. The race route was supposed to take us over the summit of Mount Kosciuszko, the high point of Australia, but had to be altered due to snow. I ended up winning the race in 14:07:42 and earning a spot on the starting line at UTMB on the first of September.

What was your prior running experience and how did that transition into ultras?

In high school and college, I was a mid-distance runner. My most notable performance was a 4:12 indoor mile, which broke the Gettysburg College school record. After college, I was hoping to break 4:10 in the mile, but grew frustrated after three years of injuries and slow times. I finally found a good physical therapist and decided to try a new event so that I could stop comparing myself to my college self. I spent the next 5 years running road marathons and ended up with a personal best of 2:25:59 at the 2019 Grandma’s Marathon. I also moved to Fort Collins during that time.

In the spring of 2020, I was training for the Boston Marathon, hoping to finish in the top 50. After it got canceled due to COVID, I decided to use my fitness to go after the Towers Road FKT (fastest known time) at Horsetooth Mountain Park. I missed it by a second, but fell in love with trail running in the process. That, combined with the success I had had running the Mount Evans Ascent and on an under-fueled 50k training run from Old Town to Horsetooth and back, made me think I might be good at an event like the Leadville 100. That summer I decided to do the 2021 Leadville 100.

How do you balance a full time job with long training?

I’m lucky that my job is very flexible and provides me with the option to work remotely. I still enjoy going into the office and being a part of the CSU community, but it also allows me to travel for races and training without missing any work.

Additionally, I have balanced work/school, a social life, and athletics my whole life. It’s all I know at this point! And the great part about running is that it can also be social. My coach at the Greater Boston Track Club, Tom Derderian, likes to say that the world is a conspiracy to keep us from running and that a running club is a way to fight the conspiracy.

How did your sponsorships come about?

After I won Leadville in 2021, I was approached by a number of brands. I was mostly ignorant to the world of professional running contracts and had no idea what I was worth. So, I reached out to some friends who had connections in the business and was connected to my agent, Josh Cox. He took over the process and eventually worked out contracts with On and Ultimate Direction. I had dreamed of becoming a professional athlete as a child, but had given up on those dreams by the time I got to high school. It’s amazing that I am now getting paid to do something that I have loved doing as a hobby for so long.

Do you have any training tips for someone’s first ultra?

The past two summers (my first two of mountain running) have been two of the most enjoyable summers of my life. I’ve explored mountains all over the country and made a lot of new friends. My goal is to make the training so enjoyable that even if the race goes poorly, I still have lots of good memories and friendships to fall back on. I think if someone trains hard, but also focuses on doing so with interesting people in interesting places, then the race performances will fall into place.

How do you feel about your upcoming UTMB race? How do you expect to fare?

I’m very excited to race UTMB! I believe I’m one of the best 100 mile racers in the world right now and I’d like to prove it. Leadville and Kosciuszko had some great runners, but UTMB will be much more competitive. The nature of the course will also be a bit different. It will have more than double the amount of elevation gain and loss as Leadville. I’m hopeful that I can be even better at a 20 hour race at moderate altitude than at a 16 hour race at high altitude. There are a lot of questions heading into such a long race, but I think I’m capable of mixing it up for the win or a spot on the podium, and expect that I’ll be running hard at the end of the race.

What do you do for fun besides run?

I have some simple pleasures like riding my bike around Fort Collins, swimming in Horsetooth Reservoir after a hot, summer run, and watching the Poudre River flow through town in the spring. I’m also a big supporter of the US Men’s Soccer team and have traveled to the World Cups in Germany, South Africa and Brazil to support them.

Yes! I have seen her in concert four times and was lucky enough to get tickets to see her twice this summer! Her song “Shake It Off” has become my victory song. It’s now been played at the finish of both of my Leadville wins and at Kosciuszko. These finish line DJs do their research!